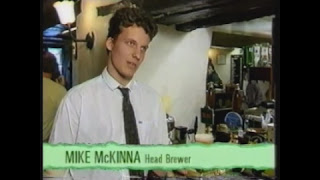 More  1990's telly from Joyce Wilding.   Our main interest here is in the visit to the Brewery, but again I thought you'd enjoy seeing the whole piece. https://drive.google.com/file/d/1fb_VVAn9o94g0akgs4T9NbZROzL-kJFf/view?usp=sharing This is a Holiday programme from North West Tonight...Bill Cubin and and the Laurel and Hardy museum are featured again, we visit Argyle Street and we see the presenters surrounded by a crowd of kids in Stan And Ollie masks...are you in that crowd? We hear about some local cuisine, and we get trips to Holker Hall and up to Millom too. In the Brewery- and in the Rose and Crown- we meet Head Brewer Mike McKinna and Paul Fleming from CAMRA and we see a lot of the Brewery workforce. It would be nice to put names to faces so if you recognise anyone please let us know. And again, if you see an old friend or family member and would like a still image,  we can send you one. Thanks for the video, Joyce.
Post a comment
Read more

"Hawkins On Tour". The Brewery and Ulverston in the 1990's 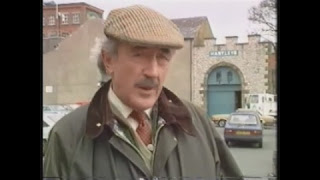 This video comes from Joyce Wilding, it's one of three that we'll be posting over December. Rather than just show the bits that feature the Brewery, I'd thought we'd show the lot, partly for context and partly because there will be a lot of familiar faces moving in and out of frame..here's the link.. https://drive.google.com/file/d/1C7766zMq8v3vNIeFcgqHkSI3T2iGGC_j/view?usp=sharing I recognise Bill Stables, my pal Mike Willoughby busking, John Fox at Welfare State and Bill Cubin in the original Laurel and Hardy Museum, and of course Joyce's Dad Eric Simpson. He doesn't mince his words.  The camera roams the town, goes up Hoad and inside the unrenovated monument, then pans across the streets on market day where I'm sure a few of you will recognise friends and family. If you want a still, let me know exactly where in the film it is and I'll grab it and email it to you.  I don't know much about the presenter. Looks an alright way to make a living, t
Post a comment
Read more 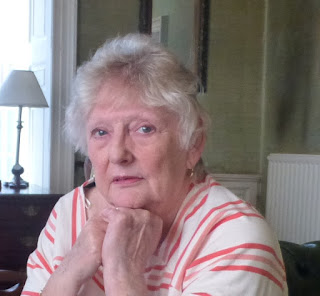 We were delighted to hear from Joyce Wilding. Many of you will know Joyce.  In her interview she talks about her childhood, her working life with the Ministry of Agriculture, and her memories of her Dad, Eric Simpson. Joyce grew up in and around the Hartley's Brewery, and shares her personal recollections of her Dad's pride in the place.   https://soundcloud.com/homebrew-heritage/sets/joyce-wilding-nee-simpson   Joyce has also allowed us to use these photographs and clippings of Eric; we see him with the Hartley's Dray and in his club blazer and whites when with Lindal Moor Cricket Club. The Evening Mail's piece on Eric's passing in 1994 gives  Eric's estimate of the number of pints  brewed during his 44 years with Hartley's. Joyce gave us the Video of the last day at Hartley's, which you can find on an earlier post. She also gave us a mysterious and unreadable disc of other  video, which our good friend Neil Wade has opened and formatted. These wi
Post a comment
Read more 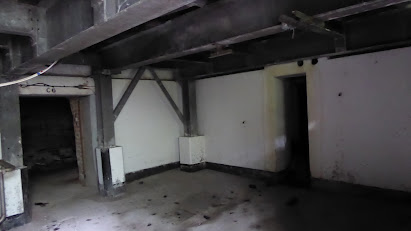 Many of you will know Dennis Metcalfe and his photographs of the town and its environs. Dennis was recently invited onto the Brewery site and has kindly allowed us to use his photographs.  Here are a sample, and there will be more over the next few weeks. Many thanks Dennis.
Post a comment
Read more 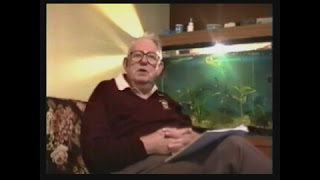 We have some marvellous material for you today...Eric Simpsons daughter Joyce has very kindly allowed us to upload this video of the last days Brewing at the Hartley's site, and the dismantling of the equipment. You'll see Eric himself doing the introductions, and then we go into the building...many of you will see some familiar faces and places, and it'll bring a lump to a few throats..  I'll say no more than that, in the hope that the film will stir a few memories and promote some good discussions. Get in touch with us with your thoughts.  Here are a few stills to be going on with, and the link to the film is in green below. If you have any problems with it, let me know. https://drive.google.com/file/d/1oEOR2ZYJ9IluDFRB60LtFGHBOoMfQK92/view?usp=sharing For other memories of the Brewery, have a listen to our Oral History pages, the latest addition is fascinating talk from Harry Wilson, former Maintainance Electrician at Hartley's.   https://soundcloud.com/homebrew-
Post a comment
Read more

An Interview with Nigel Saul. 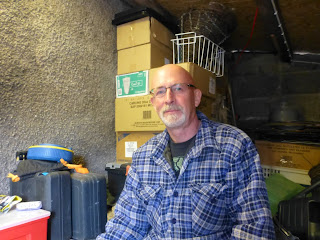 I like this job.  Had a really nice chat over a beer yesterday with Nigel Saul round the back of the Globe in Ulverston. The results are on the Soundcloud page along with John Raisbeck's interview...you can see how this archive is going to look, so hopefully we'll hear from a few of you...if only to set the record straight.  Nigel also brought along a Hartleys tie, presumably awarded for completing the Pub Crawl card that we saw earlier, although Nigel's Mum did work in the Office so it may have been a free sample...thanks Nigel for a really interesting and funny contribution. https://soundcloud.com/homebrew-heritage/sets/nigel-saul
1 comment
Read more

From an Anonymous Source... 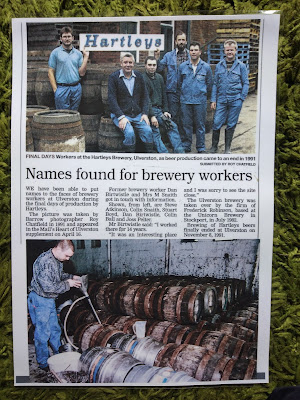 These 2 sheets laminated photos and  Evening Mail Cuttings were left for  us at The Hope And Anchor by an unknown source... The Mail clipping tells its own story. Are you amongst this group? If so, get in touch , we'd like to hear about you memories of working at the Brewery. And can anyone tell us what is happening in the three other photographs? Or put names to the faces in the bottom right? Many thanks to our anonymous source for these...and if you have anything similar, we'd like to see it.
Post a comment
Read more
More posts